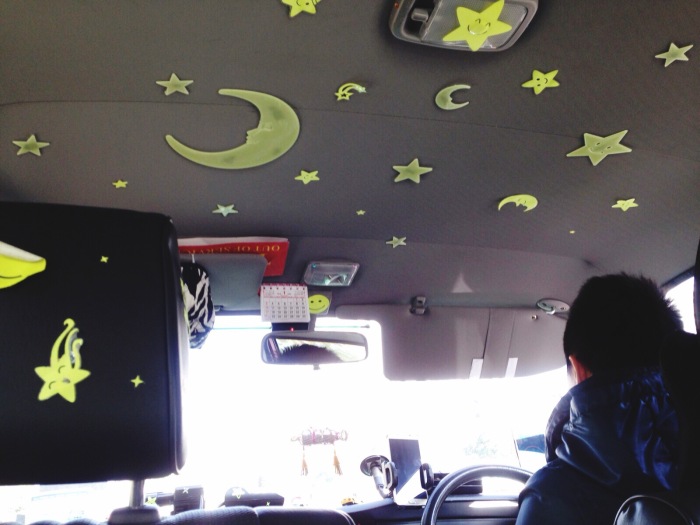 In Hong Kong we pride ourselves to be the city of rush. In fact, our whole world is governed by a state of rush.

This morning as I took a taxi, the driver was driving in such a state of rush that even though we were in a little street without cars, he was driving his taxi like a race car in a rally. In the back seat I was swung from the left seat to right, as the Grand Prix didn’t allow back seat riders, I protested playfully. When we reached our street, he asked me where I would like to get off. I pointed and told him the location, and he quickly dismissed it and said, “you can just get off here, as the road is blocked.” I pointed again and said, no that is where I would like to be dropped off, at that time the road became clear again so he drove ahead. When he gave me the change and I put it in my wallet carefully, I could feel his unfamiliarity that I did not just rush out of his car, with wallet open and bags falling off my shoulder, which is exactly what his silence was ordering me to do.

So I started a conversation as I put the wallet in my bag, and said “you work in an industry that is always in a rush, right?” As if he has been waiting for me to make that statement forever and the reply projectiled out without a pause, “yes we are always in a rush because business is bad did you know even in the busiest places we do not get enough customers?” He seemed to want to chat, so I continued, “How about the taxi stand in Central? Many people wait there.” He said, “I waited for 30 mins in the queue! If you ever need a taxi, check out the taxi apps.” I was starting to marvel that we were still chatting, so I said, “Ah, so you are on the taxi app? Which one?” He told me the app, and I agreed to try it next time. At the end of our conversation, he seemed to have slowed down and was looking at me when we were talking, he even smiled, I thanked him and said good-bye while exiting his car.

In a city that does not stop, Christmas is a time when rush is elevated to a whole new level. Every person and every business is rushing to finish the year, every person in the city feels it. Rushing actually feels like a deeper avoidance to be with ourselves. The rush is felt acutely because there are more duties to handle within the defined time frame, the discomfort comes from the feeling of a lack of space. When we feel we are running out of space, we think the solution is to rush. And when the whole world rushes, this becomes the rhythm we too fall in.

But does rushing actually support us in accomplishing more, or completing what we have to? And how does that affect our bodies?

When rushing everything feels off—no body (pun intended) enjoys rushing. Our bodies tell us that rushing is not natural. In rushing I lose my rhythm, for example I tend to trip, take a wrong bus, get lost in the city, it actually takes longer to do what I intend to do, had I been steady. In rushing I also choose not to feel, and therefore I am at the mercy of whatever the majority of the world is feeding me, in rushing I lose myself.

Could that be the reason why during Christmas and the holiday season, many more crazy things happen? Rushing guarantees that we will not be in connection with ourselves. As a result, we may accomplish projects, assignments, activities on time, but in the expense of not being ourselves. We are compromising our bodies every year, every cycle, in what we call one of the most celebrated days in the world. When we truly feel what this does to our bodies, would we still rush to celebrate or even call this celebration?